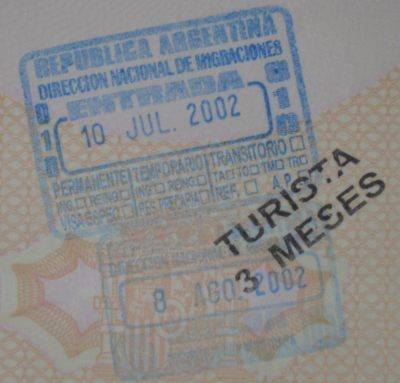 Argentina, the favorite destination for immigrants in Latin America

A study lead by the ONU points that 4.6% of the population in Argentina is immigrant (almost two million people) and it is positioned number 29 in the worldwide ranking. Most of them are from Paraguay, Bolivia and Chile.

According to the UNESCO, immigrants are the people who choose to live “temporary o permanently in a foreign country”.

Victor Abramovich, the Executive Secretary of the Institute of Public Politics on Human Rights and consultant of the Inter-American Development Bank, explained that Buenos Aires and its surroundings are the places immigrants choose. Nevertheless, there is a huge concentration of migrants in Sao Pablo and Rio de Janeiro.

According to the International Migration Congress, work is the main reason people migrate to Argentina. Moreover, they state that “the labor insertion of migrants is complementary and additional as to Argentinians, it does not replace or displace it.”

In accordance with a census done in 2010, most of foreigners that come to Argentina are between the ages of 15 and 64, that means they can work. Abramovich clarified that the majority migrate because of economic issues. Also, there are many cases of leaving their home country because of political violence.

In contrast, the number of Argentinians living in another countries is not that high, only 980 thousand. Most commonly Argentinians choose Spain, USA and Italy.

Around the world, 232 million people are migrants. That represents 3.2% of people in the entire world. Oceania is the region that receives more immigrants 20.7%, followed by North America 14.9% and finally Europe 9.8%

By far, the favorite country for immigrants is United States with 46 million of immigrants. Followed by Russia with 11 million, Germany with 10 million and Saudi Arabia with 9 million.

In Argentina,”there are two problems, first of all the lack of basic social rights and there are some cases of xenophobia and discrimination at school or at hospital environment but the improvements have been important” Abramovich remarked.

However, in every country people tend to think that the number of immigrants is higher than the real one.